Mr. Lei Chaozi expressed that as both members of the BRICS and developing countries, China and South Africa shares a number of issues and challenges in education development, hence we two organizations should strengthen communication, mutual-learning, and interaction. 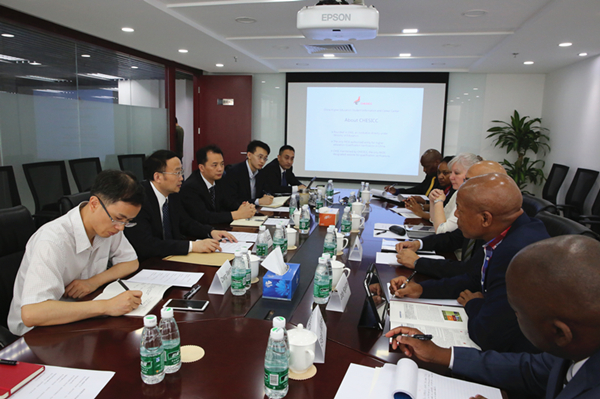 It is known that there are currently over 2000 South African students studying in China. CHESICC’s verification services have significantly provided a strong support and assurance to serve for the students’ further study and employment when going back to South Africa. Mr. Jeppie expressed his willingness to enhance the cooperation with CHESICC and his expectation to our next meeting.